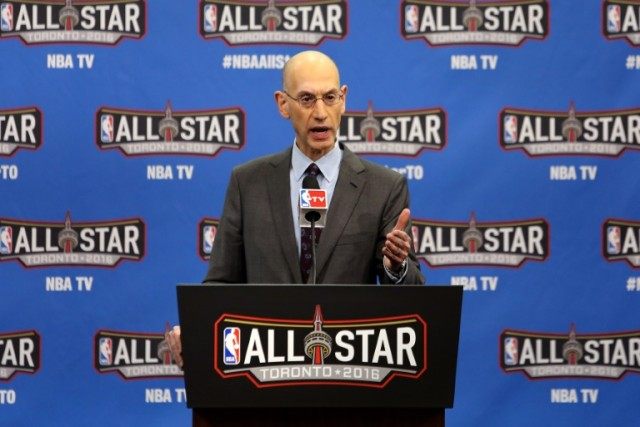 NBA Commissioner Adam Silver put his foot down on Thursday, asserting that for the 2017 All-Star Game be held in Charlotte, it is “necessary” that North Carolina change its law mandating people use only public restrooms corresponding to their biological sex in government buildings.

This moves the discussion to a more definitive stance than the NBA adopted earlier in the month. In an apparent threat, Silver said that he did not know what impact the “discriminatory law” would have on the league’s ability to showcase the game in the Tar Heel state. Silver added that the law is “problematic for the NBA in North Carolina.”

According to Dan Feldman at NBC Sports, “The league is so far ahead on this issue, it deserves praise rather than nitpicking over an evolving message.” He believes that the NBA could still hold the All-Star Game weekend in Charlotte because of viability issues, but that is unlikely given the amount of time before the event scheduled for next February.

NBA icon Charles Barkley and Pistons coach Stan Van Gundy already called for the game to be moved from Charlotte. Entertainers Bruce Springsteen, Boston, and Pearl Jam have also canceled concerts in North Carolina in protest of the law. Recently PayPal jettisoned its plan for a global operations center in Charlotte, which likely cost the state up to 400 new jobs.

Friday, President Obama speaking in London weighed in on the issue saying he thinks that the laws in North Carolina and the “religious freedom law” in Mississippi are “wrong and should be overturned.” Admitting that they are crafted by good people, he stated, “Although I respect their different viewpoints, I think it’s very important for us not to send signals that anybody is treated differently.”