Nearly 100 people shot in Chicago in less than a week 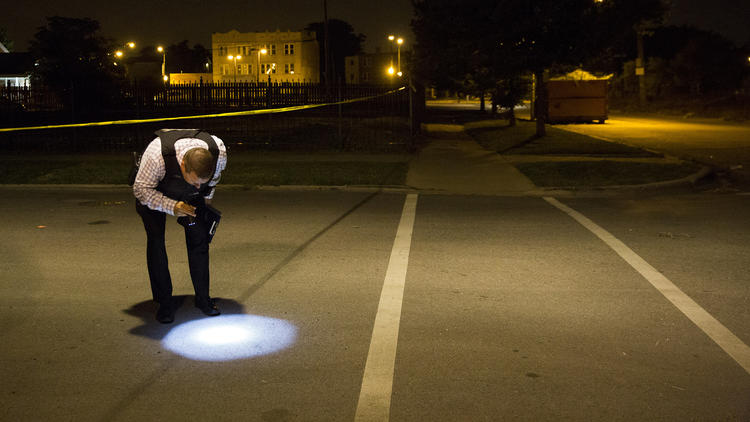 Nearly 100 people have been shot in Chicago in less than a week, pushing the number of shooting victims so far this year to more than 2,500 — about 800 more than this time last year, according to data kept by the Tribune.

Between last Friday afternoon and early Thursday, at least 99 people were shot in the city, 24 of them fatally. At least nine people were killed on Monday alone, the deadliest day in Chicago in 13 years, according to Tribune data. Among the wounded that day was a 10-year-old boy shot in the back as he played on his front porch in Lawndale.

The number of shooting victims in Chicago stood at 2,514 Thursday morning. At this time last year, 1,725 people had been shot. The city has not seen this level of gun violence since the 1990s, a trend the Police Department has blamed on lax gun laws and feuding gang factions.

Over eight hours from Wednesday evening through early Thursday, three people were killed and at least 10 others were wounded in the city.

A 45-year-old man was killed and two others were wounded when someone walked up to their van in the Gresham neighborhood around 1:55 a.m. Thursday, yelled “Hey” and started shooting, police said.