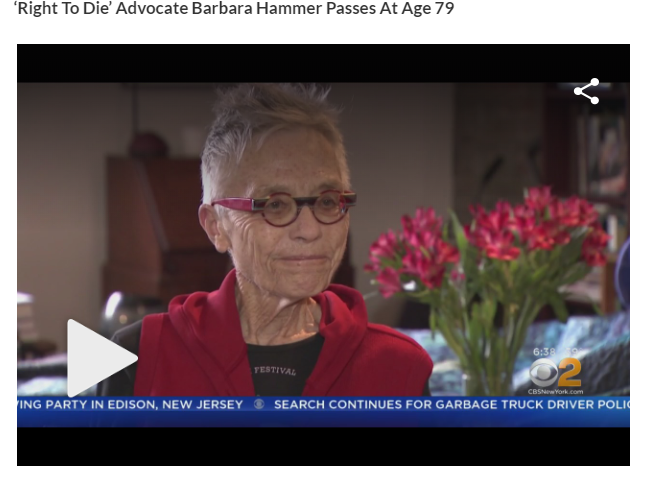 Gov. Phil Murphy signed the Aid in Dying for the Terminally Ill Act on April 12, requiring either a psychiatrist or psychologist to determine that a patient has the mental capacity to make the final decision.

“Allowing residents with terminal illnesses to make end-of-life choices for themselves is the right thing to do,” said Murphy at the time. “We are providing terminally ill patients and their families with the humanity, dignity, and respect that they so richly deserve at the most difficult times any of us will face.”

Physician-assisted suicide differs from euthanasia, which is defined as the act of assisting people with their death in order to end their suffering, but without the backing of a controlling legal authority.

CBS2’s Cindy Hsu spoke with the family of Herb Dunn, who wished to die with dignity for years.