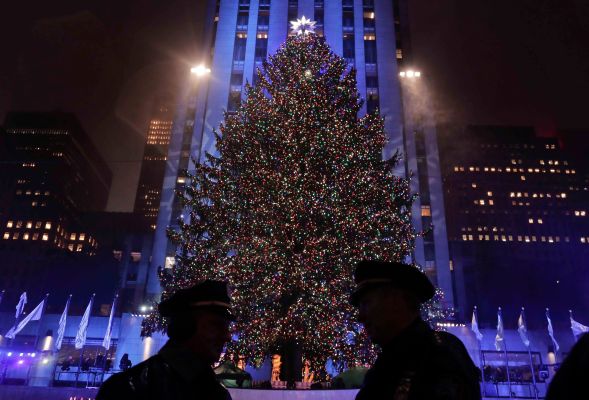 NEW YORK – Police in New York City have arrested a man who they say was carrying a gas can and matches and acting erratically near the Rockefeller Center tree.

Police say 38-year-old Yuriy Alterman threw a bottle into the street, became combative and screamed at officers when they approached him Tuesday afternoon in midtown Manhattan.

They say he was carrying a red can containing a liquid that smelled like gasoline, matches as well as a book called “Son of Hamas,” which is about the son of one of Hamas’ founders. He told officers that he didn’t intend to set anything on fire.

Police say he didn’t get close to the tree.

The Bronx man has been charged with making terroristic threats and disorderly conduct. It’s unclear if he has an attorney.