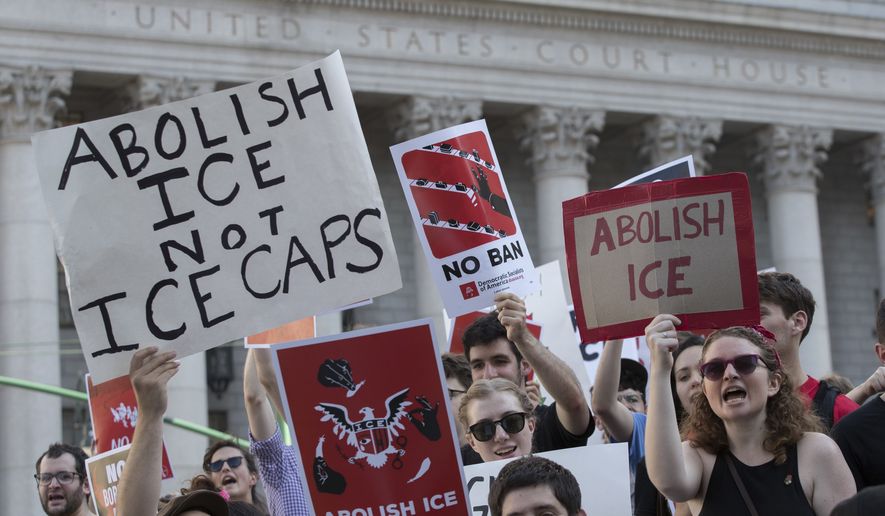 New York’s attorney general filed a lawsuit Wednesday arguing it is unconstitutional for ICE deportation officers to try to arrest illegal immigrants at state courthouses, and demanding a judge order a halt to the practice.

Letitia James, the attorney general, and Brooklyn District Attorney Eric Gonzalez, who joined her in the lawsuit, said they’ve had to cancel important cases and leave potential criminals out on the streets because they couldn’t promise migrant witnesses they would be protected.

“Over the past two years, numerous immigrant victims and witnesses have refused to come forward and assist in our prosecutions out of fear that they’ll be arrested in court by immigration agents, forcing my office to dismiss or reduce serious criminal cases,” Mr. Gonzalez said.

He and Ms. James are challenging the “sensitive locations” policy of U.S. Immigration and Customs Enforcement, which lays out places that are generally out-of-bounds for deportation officers. Churches, schools and hospitals are off-limits — but courthouses have always been considered viable jurisdiction for deportation arrests.