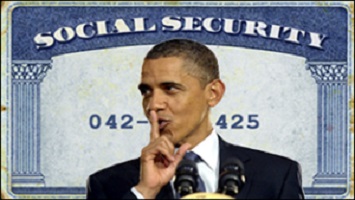 Social Security numbers (SSNs) were given to 541,000 illegal aliens, according to Carolyn Colvin, acting commissioner of the Social Security Administration (SSA).

In a March 12 letter, Sen. Jeff Sessions (R-AL) had asked SSA: “How many individuals have applied for SSNs as a result of the June 15, 2012, memorandum issued by Homeland Security Secretary Janet Napolitano entitled ‘Exercising Prosecutorial Discretion with Respect to Individuals Who Came to the United States as Children’?”

“By the end of fiscal year (FY) 2014, we had issued approximately 541,000 original SSNs to individuals authorized to work under the 2012 Deferred Action for Childhood Arrivals (DACA) policy since its inception,” Colvin said in her April 10 response.

Napolitano’s June 15, 2012 memo states that “for individuals who are granted deferred action by either ICE [Immigration and Customs Enforcement] or USCIS [U.S. Citizenship and Immigration Services], USCIS shall accept applications to determine whether these individuals quality for work authorizations during this period of deferred action.”