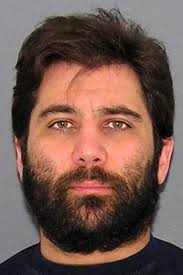 An Ohio bartender at House Speaker John A. Boehner’s country club plotted to poison him by putting something in his drink, blaming the top Republican for the spread of Ebola and various other problems, federal authorities charged in a recent indictment.

The bartender, Michael R. Hoyt, told authorities he was Jesus, Mr. Boehner was the devil, and said he blamed the congressman for getting him fired from his bartender’s job before he had a chance to poison the speaker. He told police he then planned to shoot Mr. Boehner and make an escape.

Mr. Hoyt self-reported those details to police, leading them to have him committed to a hospital for psychiatric evaluation, where he gave more details of his plot and of the reasons behind it.