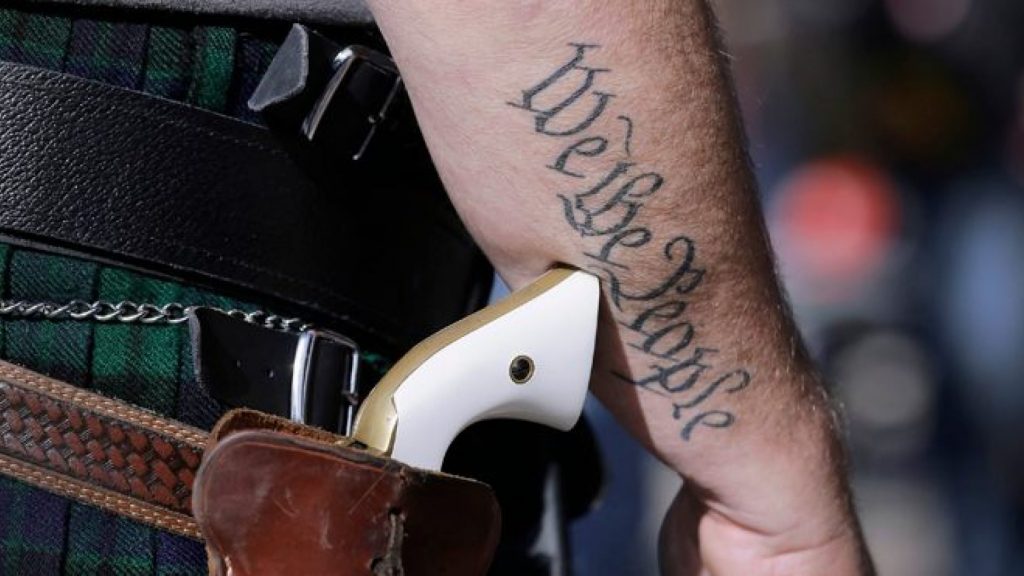 A bill in the Oklahoma Legislature that would remove licensing and training requirements for handgun owners cleared the state’s House of Representatives on Wednesday with mostly Republican support.

The bill – House Bill 2597 – passed in a 70-30 vote, with all 24 Democrats in opposition along with a handful of Republicans. A similar bill passed both the House and Senate last year but was vetoed by then-Gov. Mary Fallin over concerns from law enforcement.

“What this does is allow, as the Constitution states, that a person can carry a firearm without having to purchase that right,” Republican state Rep. Kevin West told reporters. “The Constitution clearly states that we have right to keep and bear arms.”

He said the bill would benefit poor people and remove a barrier to gun ownership. If passed, background checks would still be required. Before Wednesday’s session began, gun control advocates dropped off 2,400 signatures opposing the legislation.