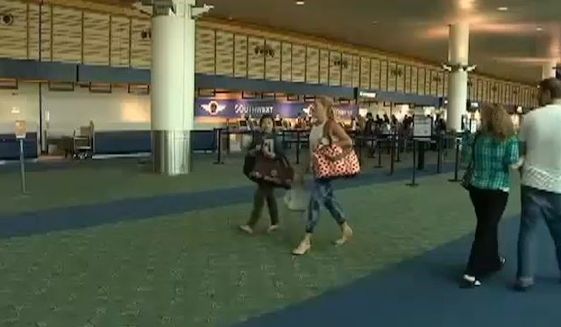 Oregon’s largest airport is now allowing passengers to carry marijuana aboard in-state flights under the state’s recreational marijuana law that went into effect this month.

Transportation Security Administration officials at Portland International Airport (PDX) are instructed to notify Port Police if a passenger is trying to bring marijuana past security, a local Fox affiliate reported.

Police will then check the passenger’s driver’s license to determine if they’re 21 or older and that their boarding pass is in-state, since to transport marijuana to another state is a federal crime. If all is clear, the passenger is able to board his or her flight, Fox reported.