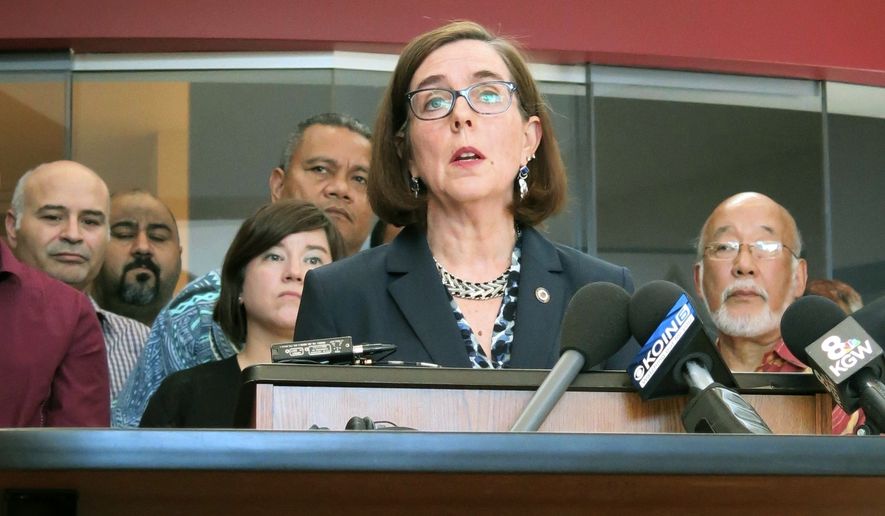 An Oregon salon owner is stepping up her legal fight against Gov. Kate Brown, requesting $100,000 in damages over her coronavirus lockdown rules.

Lindsey Graham, owner of a salon in Salem, claimed in a suit that shutting down private businesses “caused greater negative health effects on Oregonians in the form of increased stress, anxiety and depression,” according to KATU.

Graham also argued in court documents that she lost business opportunities and revenue and now has a damaged reputation. The owner says Brown, a Democrat, doesn’t have the authority to close private businesses operating with their own public health measures in place.

“The sudden, irrational, draconian, and irresponsible orders from the Defendant state of Oregon caused many people to lose their jobs, their careers, and their small businesses,” the suit says. “For many Oregonians, in an instant, their source of support and ability to provide for their families was eviscerated by a callous and unsympathetic bureaucracy.”

Graham first shut down her salon after Brown issued a stay-at-home order in March during the period of sweeping lockdowns across the country. Six weeks later, Graham reopened her salon, defying Brown’s orders.

Graham was fined $14,000 for her defiance and alleged in a separate lawsuit in July that the state of Oregon and Brown sent the Occupational Safety and Health Administration to her business.

She also alleged the state sent an agent from Child Protective Services to her home when she reopened her salon to intimidate her into closing.

Oregon has instituted one of the strictest lockdown measures as coronavirus cases remain on the rise. The state has had over 100,000 cases and more than 1,400 deaths.