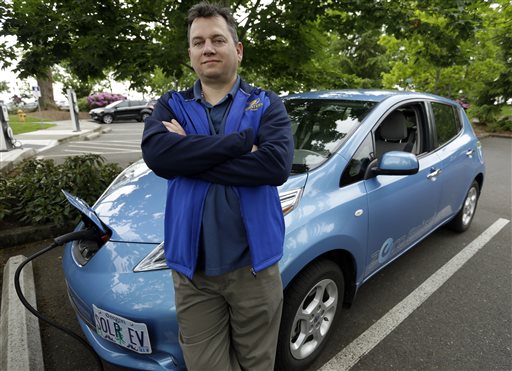 Oregon is about to embark on a first-in-the-nation program that aims to charge car owners not for the fuel they use, but for the miles they drive.

The program is meant to help the state raise more revenue to pay for road and bridge projects at a time when money generated from gasoline taxes are declining across the country, in part, because of greater fuel efficiency and the increasing popularity of fuel-efficient, hybrid and electric cars.

Starting July 1, up to 5,000 volunteers in Oregon can sign up to drive with devices that collect data on how much they have driven and where. The volunteers will agree to pay 1.5 cents for each mile traveled on public roads within Oregon, instead of the tax now added when filling up at the pump.

Some electric and hybrid car owners, however, say the new tax would be unfair to them and would discourage purchasing of green vehicles.