Pa. Dems lose a state senator: declares himself independent, will caucus with GOP 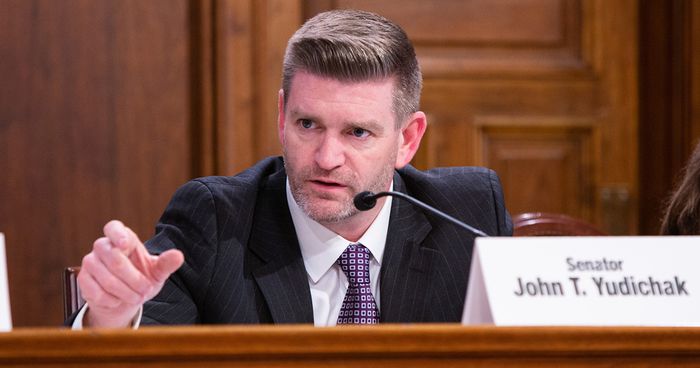 A state senator from Luzerne County said Tuesday he is changing his party registration from the Democratic Party to become an Independent, and will start attending caucus meeting in Harrisburg with the majority Republicans.

John Yudichak said in a statement that he is leaving his old party because he is weary of “’purist’ politicians who demand that you choose a battle camp. You must pass their litmus test, and declare if you support ‘us,’ or ‘them.’”

Yudichak, who won his third term in the Senate in 2018, said he believes that going forward he will best be able to serve the interests of his constituents as an independent, supporting Democratic and / or Republican ideas case by case when he believes they “serve the greater good and help government work for people rather than the narrow interests of the partisan ‘purists.’”

In a phone interview after he made his announcement, Yudichak said his move is the culmination of a growing feeling that the Democratic caucus in the Senate – which added a number of more liberal Democrats in the last election cycle – has become a harder place for him to represent his constituents from northeastern Pennsylvania.