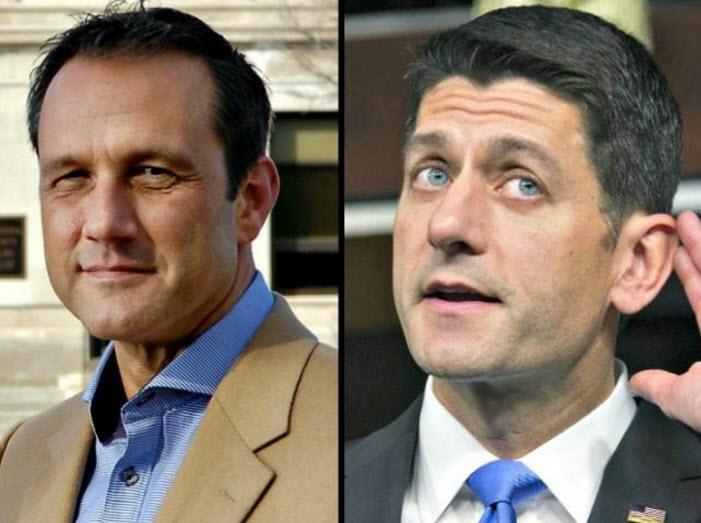 In a full-page ad in the Janesville Gazette, Wisconsin businessman Paul Nehlen calls on Wisconsin workers to “dethrone” House Speaker Paul Ryan on his August 9th primary and save the nation from the Trans Pacific Partnership (TPP) agreement and open borders.

“Wisconsin has an open primary,” the ad states. “All Wisconsin workers must unite on August 9th to dethrone ‘Open Borders’ Paul Ryan and stop the Ruling Class. Do it for American workers. Do it for our Country.”

The ad prominently features a picture of Paul Ryan smirking. Underneath it—in the background— is a picture of the now-shuttered Janesville GM plant, which had been a fixture of the community for decades and had once employed more than 7,000 Wisconsin workers.

Business Insider has described the image of the large, abandoned Janesville GM factory as a “symbol of this city’s descent into economic calamity.”