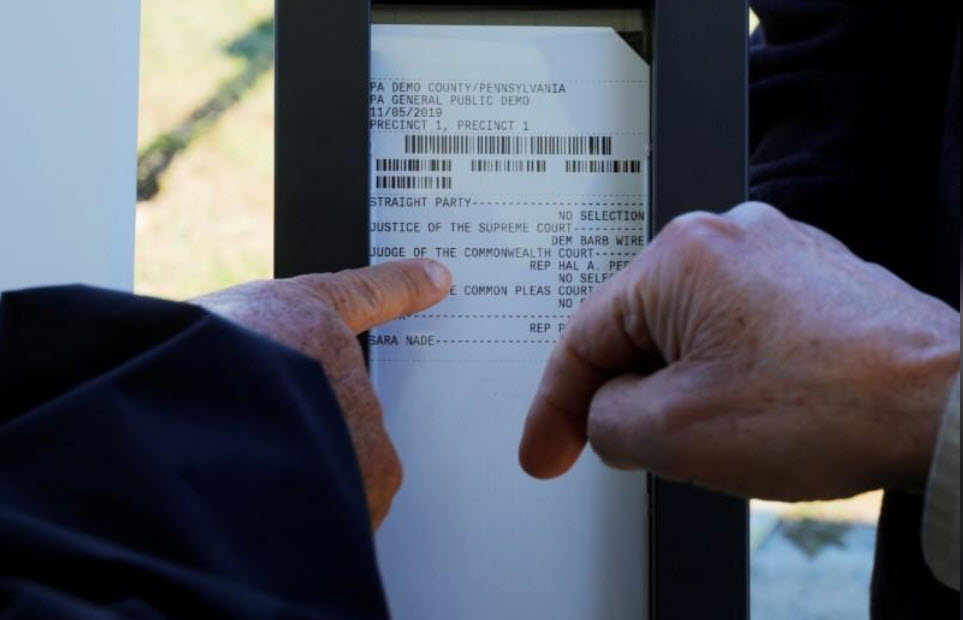 WASHINGTON (Reuters) – When Pennsylvania holds primary elections on Tuesday, some election security advocates will be watching closely to see if more than 2,000 new voting machines acquired last year by Philadelphia and two other counties perform without glitches.

Philadelphia and Northampton counties first used the new “ExpressVote XL” machines in last November’s local elections and will deploy them again in the presidential nominating contests and local races on Tuesday. A third county, Cumberland, will use the machines for the first time.

Their first widespread use in 2019 in Pennsylvania was marred by miscounted vote tallies in Northampton, a politically divided county in eastern Pennsylvania. Some ExpressVote XL machines incorrectly recorded votes for several candidates in the November election, prompting the county to count backup paper receipts to identify the correct winners, according to Maudeania Hornik, chair of the Northampton Election Commission.

The manufacturer of the ExpressVote XL equipment said in a December press conference that some of Northampton’s 320 machines “were configured improperly at our factory prior to delivery to Northampton County.” The manufacturer told the county as many as 30% of the machines were affected, Hornik said.