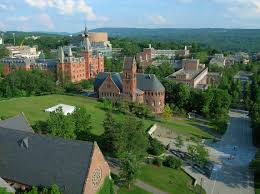 Students and faculty members at Cornell University are demanding that the prestigious Ivy League university provide both housing and sanctuary for illegal immigrants who are enrolled in or work at the school.

Over 250 people attended a protest on Thursday in the Arts Quad, which was hosted by the Cornell Coalition for Inclusive Democracy. Per the Cornell Daily Sun, the protesters asked for the University to provide funds for illegal immigrants—even those unprotected by the Deferred Action for Childhood Arrivals (DACA).

Also on their list of protesters’ demands was a call for the University to provide safe harbor to international scholars “fleeing dangerous situations abroad.”

The CCID posted its full list of demands on Facebook, which also called for the school to lobby for statewide and nationwide legislation against (1) the detention of illegal immigrants, (2) the designation of Muslim countries as dangerous, and (3) changes to the H1B visa that cut off some international hiring.