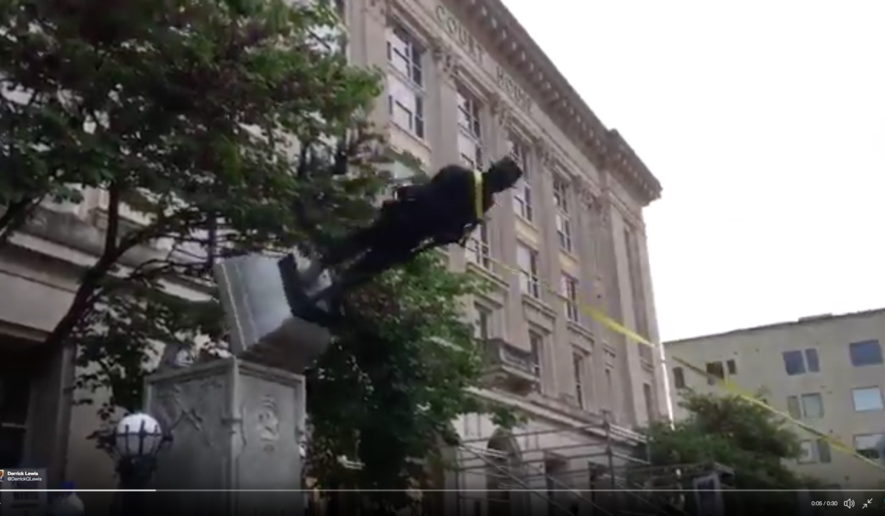 Protesters in North Carolina posted a video Monday of their tearing down a Confederate memorial, calling it a response to the weekend violence in Charlottesville, Virginia.

The clip shows a group of at least several dozen in Durham pulling down a statue in front of the local government building.

They can be heard yelling “No KKK! No fascist USA! No Trump!” until cheers break out as the statue atop the memorial gets pulled down.

Several protesters can be seen kicking the statue. There is no indication in the video that any police officers or other officials are trying to stop the public vandalism.