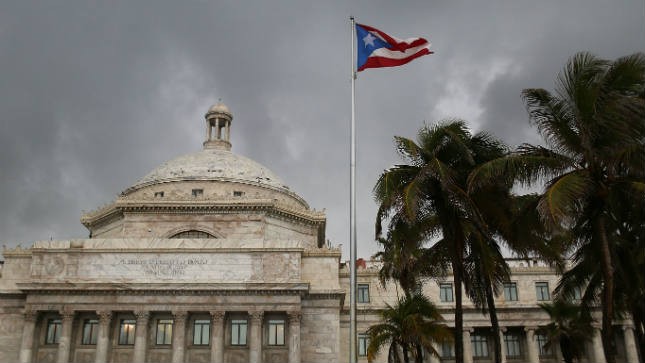 Gov. Ricardo Rossello, 37, proposed several measures aimed at alleviating the crisis shortly after he was sworn in at midnight. Among them is a proposal to hold a referendum that would ask voters whether they prefer statehood or independence. Many have argued that Puerto Rico’s political status has contributed to its decade-long crisis that has prompted more than 200,000 people to flee to the U.S. mainland in recent years.

“The United States cannot pretend to be a model of democracy for the world while it discriminates against 3.5 million of its citizens in Puerto Rico, depriving them of their right to political, social and economic equality under the U.S. flag,” Rossello said in his inaugural speech, delivered in Spanish. “There is no way to overcome Puerto Rico’s crisis given its colonial condition.”

The crowd rose to its feet and cheered as Rossello announced that he would fly to Washington, D.C., Monday to back a bill to admit Puerto Rico as the 51st state.

He also said he would soon hold elections to choose two senators and five representatives to Congress and send them to Washington to demand statehood, a strategy used by Tennessee to join the union in the 18th century. The U.S. government has final say on whether Puerto Rico can become a state.