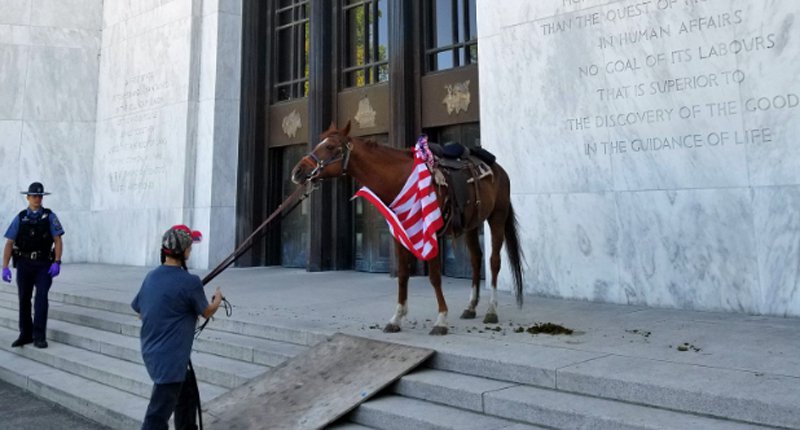 SALEM, Ore. — A group of Republican state senators in Oregon remain in hiding after walking out of the state Capitol over refusing to vote on a climate change bill.

Eleven Republicans refused to show up to work on Thursday and went into hiding in protest of HB2020, a bill that establishes a carbon cap, in order to reduce greenhouse gas emissions. Industries that emit carbon dioxide — power plants, manufacturers, etc. — would have to buy an “allowance” for each metric ton emitted, thereby reducing the incentive to produce carbon dioxide in the first place.

But the purchasing of allowances would likely mean costs are passed down to the consumers, and prices for gas or diesel would increase — a position untenable for the Republicans holding out from a vote. Rural Oregonians, who drive longer distances, and farmers, who use heavy machinery, would likely be disproportionately affected.