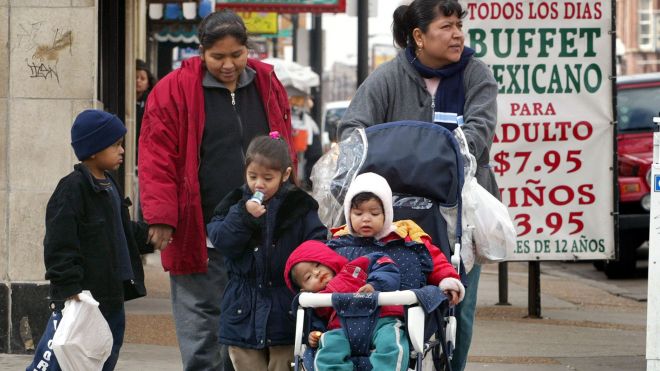 ALLENTOWN, PA. – When Hispanic residents of downtown Allentown want to grab a bite, get their hair cut or shop for groceries, they often head to Seventh Street — but they don’t call it that. To them, it’s Calle Siete.

A councilman wants to honor the city’s growing Hispanic population by installing decorative Spanish-language street signs on one of its main commercial thoroughfares, where a profusion of Latino-owned restaurants, barbershops and corner stores reflects the rapidly changing demographics of the state’s third-largest city. Hispanics now represent nearly half the population of 120,000.

But where Democratic Councilman Julio Guridy and other residents and business owners on Seventh Street see the Calle Siete signs as a small but long overdue gesture of respect, others call the proposal unnecessary and divisive.

Critics also say the proposal for the signs is a distraction from issues of poverty, drugs, crime and lack of opportunity in Allentown’s urban core.

“With all the problems this community has, please don’t talk to me about signs,” said John Rosario, 54, who moved to the U.S. from the Dominican Republic about four decades ago and owns a Seventh Street insurance, tax and real estate business. “If you really want to help somebody, roll up your sleeves, come down here and let’s talk about it.”