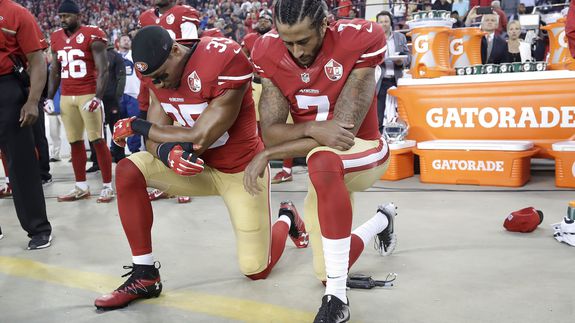 Kaepernick is a backup quarterback for the San Francisco 49ers, and has gained visibility and supporters for kneeling during the playing of the National Anthem. “I am not going to stand up to show pride in a flag for a country that oppresses black people and people of color,” Kaepernick said when he started his protest August 26. “To me, this is bigger than football and it would be selfish on my part to look the other way. There are bodies in the street and people getting paid leave and getting away with murder.”

San Francisco news station KPIX is reporting that before Monday night’s game against the Los Angeles Rams, members of the Revolutionary Communist Party were handing out flyers in support of Kaepernick.