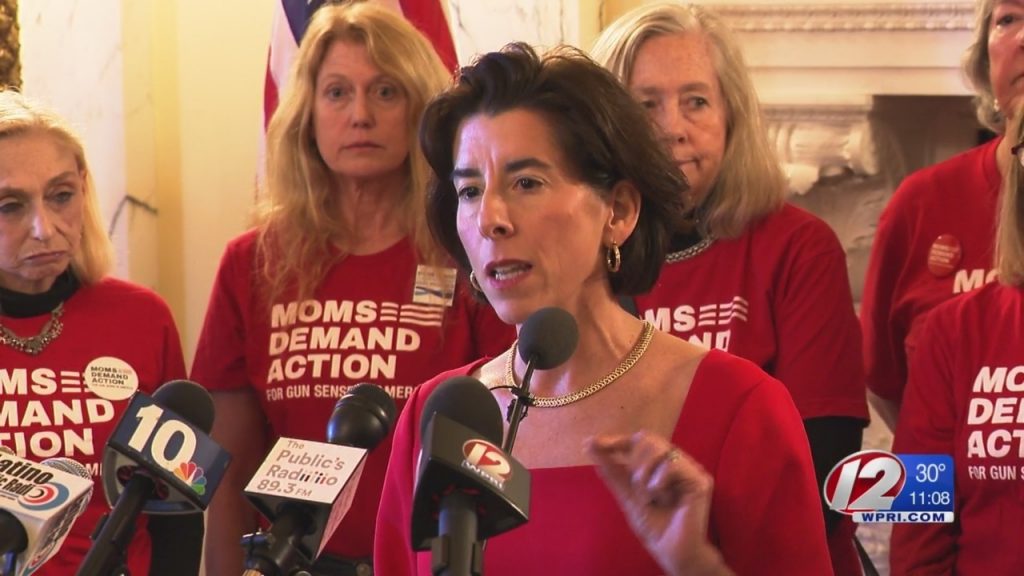 PROVIDENCE, R.I. (WPRI) — Gov. Gina Raimondo is once again pushing for a package of gun control bills, including an assault weapons ban, that have failed to pass the General Assembly in past years.

Raimondo announced her gun control priorities along with Attorney General Peter Neronha at a news conference at the State House, scheduled on the first anniversary of the deadly mass shooting at Marjory Stoneman Douglas High School in Parkland, Florida, last year.

“Parkland, Las Vegas, Tree of Life, Sutherland Springs, San Bernardino, Sandy Hook,” Raimondo said, listing the locations of mass shootings in recent years. “The list goes on and on. In every single one of those instances that I just listed, lives were taken because of use of an assault weapon.”

Her three proposed bills have been slightly revised from previous versions that have been introduced. The bills would ban assault-style weapons, prohibit high-capacity magazines and ban guns on school grounds, with some exceptions.