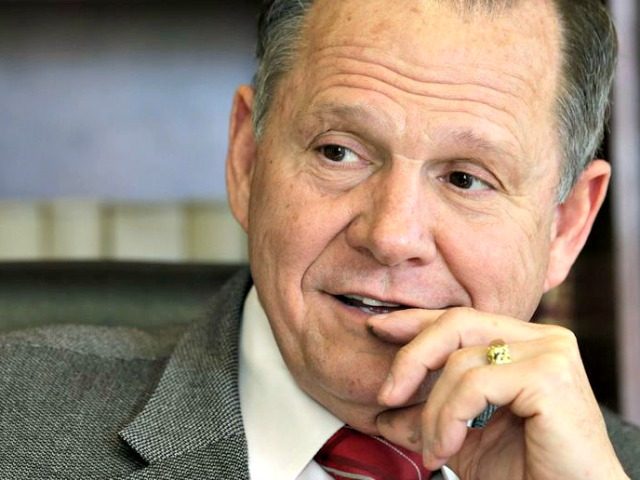 Roy Moore, the GOP frontrunner by a mile for the nomination for the U.S. Senate in the special Alabama election per recent polling, is backing President Donald Trump’s efforts to eliminate the 60-vote filibuster threshold in the U.S. Senate.

“Mitch McConnell should stop hiding behind the filibuster rule and DRAIN THE SWAMP!” Moore Tweeted.