Saga surrounding Kentucky clerk may not be over 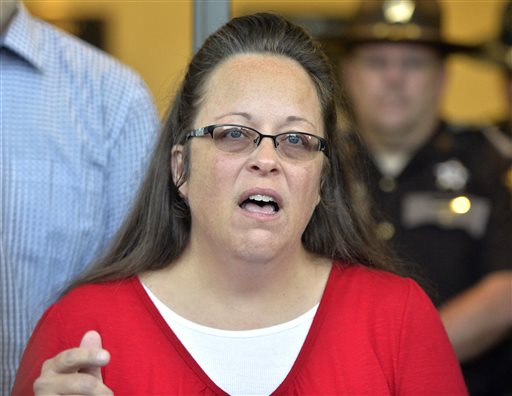 OWENSBORO, Ky. — Kim Davis is out of jail and on the job, but the saga surrounding the Kentucky county clerk who has refused to issue marriage licenses to same-sex couples appears to be far from over.

In a court filing Friday, the attorney for one of Davis’ employees said he believes Davis has again violated a federal court order by altering marriage license forms to remove her name and the name of the county. In a separate court filing on Friday, attorneys for the gay couples who sued Davis appear to agree and say they are “exploring legal options.”

Davis spent five days in jail for refusing to obey a federal judge’s ruling that she issue marriage licenses to same-sex couples to comply with a U.S. Supreme Court decision that effectively legalized gay marriage nationwide. Davis, an Apostolic Christian, believes same-sex marriage is a sin and cited “God’s authority” in refusing to obey the ruling.