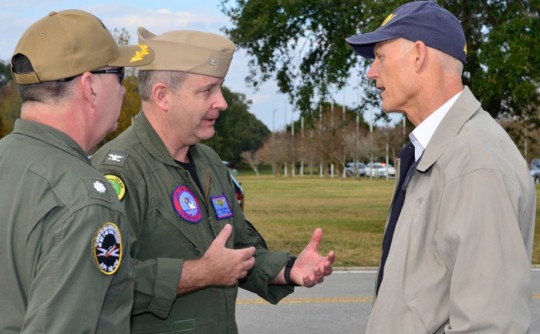 Three sailors died at the hands of a Saudi national in what the FBI is now investigating as an act of terrorism.

“I’m extremely concerned by the reports that this shooter was a foreign national training on a U.S. military base in Florida,” Scott said. “Whether this individual was motivated by radical Islam or was simply mentally unstable, this was an act of terrorism. It’s clear that we need to take steps to ensure that any and all foreign nationals are scrutinized and vetted extensively before being embedded with our American men and women in uniform.”