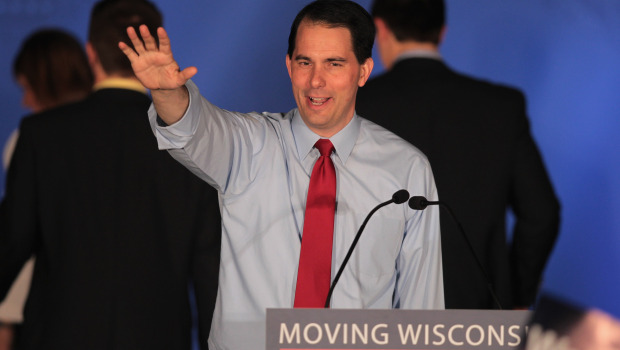 Wisconsin Democrats are like the comic strip character Charlie Brown when he tries to kick that football: every time they think they’re about to defeat Governor Scott Walker, victory is snatched away.

Walker, running for his third term in November, has been skillfully performing the Lucy trick since he was first elected in 2010, then in an ill-advised recall vote in 2012, and again when he was re-elected in 2014. There is no nimbler politician in America, or one always as ready to be flexible.

Third terms rarely are easy for governors to win, though another Wisconsin Republican, Tommy Thompson, won four times in the 1980s and 1990s. This year’s challenge is Walker’s toughest, facing an electorate where few voters are neutral.

The Walker forces acknowledge that in previous elections the wind was at their back; 2010 and 2014 were banner Republican years. The governor has warned Republicans all year that the 2018 political environment favors the other side.