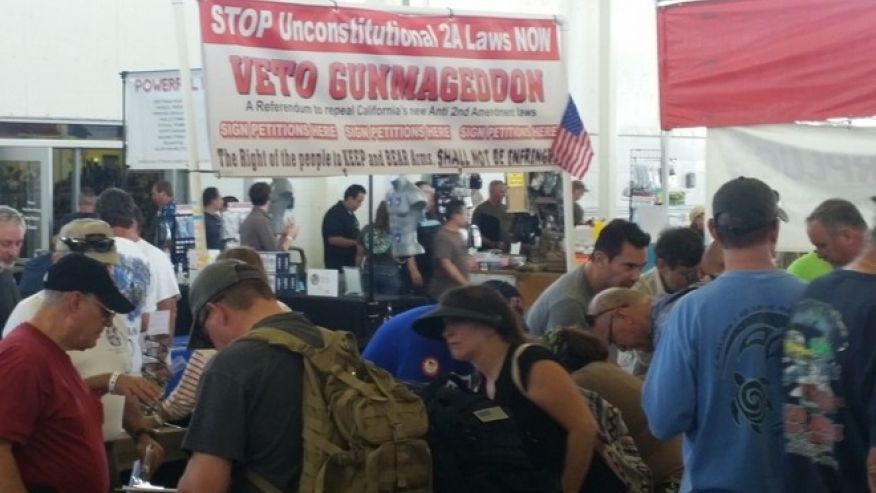 Then, the San Diego-based CEO became determined to fight back against the laws, which take aim at so-called assault weapons, enforce ammunition background checks, mostly take effect Jan. 1 and outlaw the possession of high-capacity magazines and ban the “bullet buttons” that enable their swift replacement.

“These laws are completely insane to almost anyone with a real knowledge of firearms, and I did not think Gov. Brown would sign them,” Bahrami told FoxNews.com. “Many California gun owners are still unaware they will be criminals soon.”

The all-Democratic team of bill sponsors proudly christened the new legislation with its apocalyptic moniker, but Bahrami vowed that voters will have the final word. He and other Second Amendment stalwarts have organized 1,600 volunteers across the Golden State with the goal of garnering 365,880 signatures — although ideally they would like to get far more than that to ensure validity before submitting — for each of seven referendum petitions to get on the Nov. 8 ballot.

If they succeed, and they must have the signatures by the end of next month, they will put gun rights in the center of the presidential election. And if they win at the ballot box, they will overturn the nation’s newest and most far-reaching gun control laws and negate a somewhat redundant set of gun control measures already set for a referendum even though the laws they provide for are largely in effect.