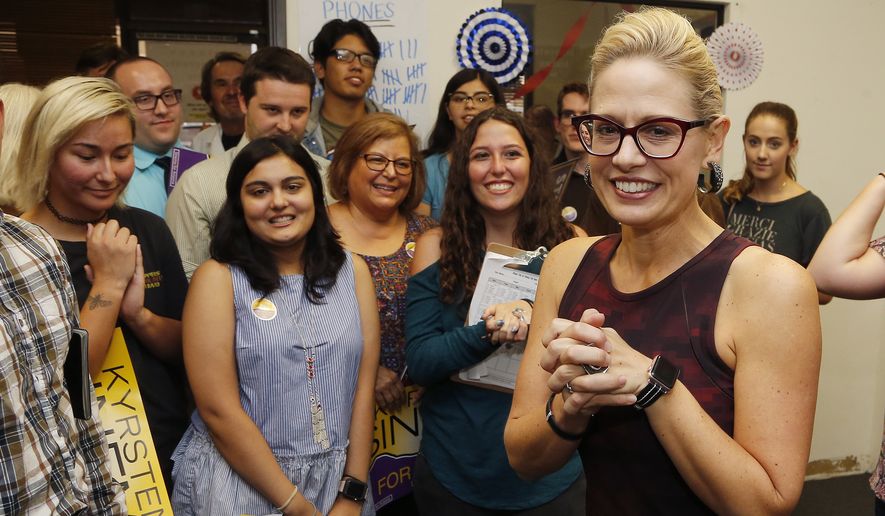 TUCSON — Sen. Kyrsten Sinema is pushing for the implementation of a pilot program along the U.S.-Mexico border that aims to more quickly screen and remove migrant families without valid legal claims for asylum in the United States.

They’ll have the chance to make their case during a meeting with McAleenan in the coming weeks.

The program would allow the Department of Homeland Security to deport certain migrants within 15 days, according to the letter, and would help alleviate overcrowding at border facilities, Sinema said.

“This pilot program would apply to families who aren’t claiming ‘credible fear,’ which of course is the first threshold in seeking asylum,” Sinema told The Arizona Republic. “If someone says ‘I left my country because I can’t make a living,’ (or) ‘it’s hard to take care of my family’ — that’s what we call an economic migrant.”