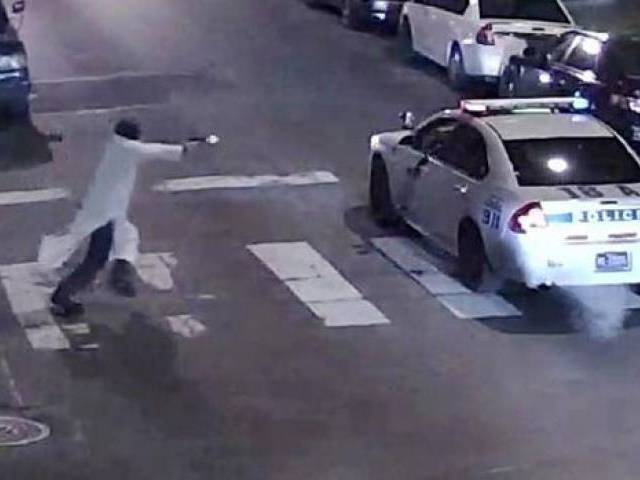 PHILADELPHIA – The gunman who claimed allegiance to Islamic State after shooting a Philadelphia police officer was described by people who knew him as a devout, quiet Muslim who became more “combative” after trips to Egypt and Saudi Arabia.

As police charged Edward Archer on Saturday with attempted murder, aggravated assault and assault of a law enforcement officer, investigators continued to examine what prompted the 30-year-old construction worker to open fire on a police car. Two people who knew him described a pious man who began expressing interest in Islam in his teenage years and devoted his life to religion. He participated in a local Muslim football league and worked on construction jobs, they added. They said they did not understand why, at nearly midnight on Thursday, he approached officer Jesse Hartnett, 33, and fired 11 rounds, some at point-blank range, through the car window. Three shots struck the officer in his arm. Archer later confessed to the attack and said he pledged allegiance to Islamic State, police said. FBI Special Agent Eric Ruona said Archer had traveled to Saudi Arabia in 2011 and Egypt in 2012 – a trip that a family friend said changed him.

“He became more drastic. More combative,” said Jannah Abdulsalaam, who asked only to be identified by her Muslim name. “He was kind but I noticed that change.”