Should California secede? How the state is politically out-of-step with the rest of the country 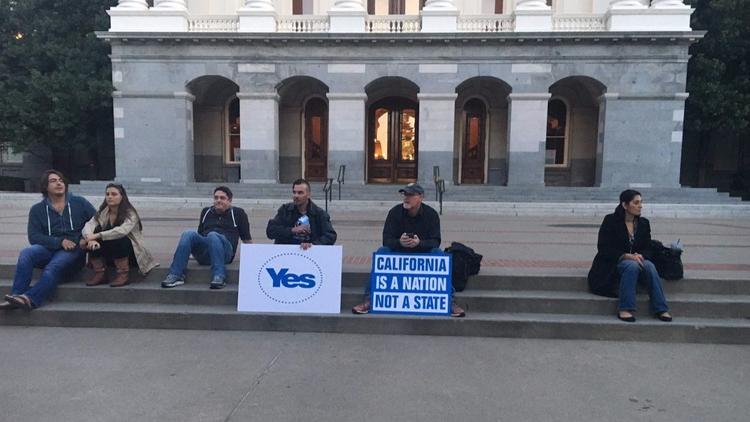 Not since 2010 has California felt itself politically so out of step with the times. That year the state resisted the nationwide wave of anti-incumbent, anti-regulation and anti-big government voting to elect Jerry Brown as governor, ease the passage of big-money state budgets and turn away a challenge to its pioneering greenhouse gas regulations.

This election day, California voters tightened gun control, extended taxes on the rich, hiked cigarette taxes, legalized marijuana, boosted multilingual education — and of course provided Hillary Clinton with all of her winning margin of 2 million popular votes, and then some, in her losing campaign for president.

No wonder the election has inspired talk of California’s seceding from the United States. The nascent campaign, organized under the banner of the Yes California Independence Campaign and heralded by the Twitter hashtag #Calexit, has been energized by remarks by Brown, and others, that a Trump election would necessitate “building a wall around California” to preserve its forward-looking policies against a reactionary federal regime. And why not, the argument goes. After all, with a gross domestic product of $2.5 trillion, the state’s economy ranks sixth in the world, sandwiched between Britain and France.

Secession talk is more valuable as a pointer to all the ways that California and federal policies are likely to come into conflict during the next few years than as a formula for practical politics.

“It’s impossible to look at the Trump campaign and not see a direct threat to the civil liberties and dignity of California citizens,” says Tom Steyer, the progressive billionaire who in recent years has focused his energy on combating climate change via his organization NextGen Climate.