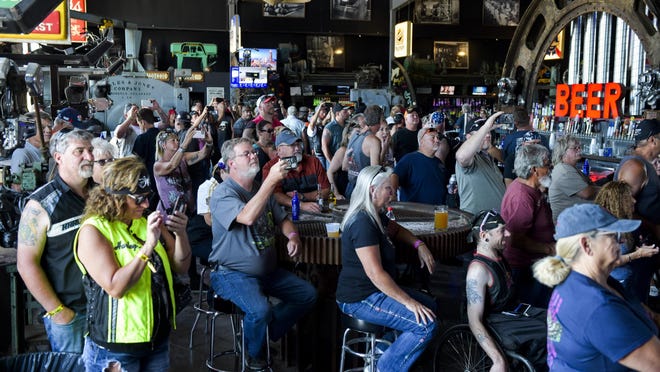 South Dakota is one of the nation’s hot spots for COVID-19 infections. That didn’t stop another large-scale event from kicking off Thursday.

The rural South Dakota State Fair, which reported an attendance of 205,000 people last year, is set to run through Labor Day with more hand-washing stations, social distancing reminders and an encouragement — but not a requirement — for attendees to wear masks. It comes on the heels of the state’s two largest events: The Sturgis Motorcycle Rally and the The Sioux Empire Fair.

In the weeks following those events, South Dakota has emerged as a virus hotbed, according to data analysis. State and national health experts say the rise in cases is likely fueled by a combination of factors, including school reopenings, small gatherings and major events.

Those larger events have been made possible by South Dakota Gov. Kristi Noem’s steadfast resistance to restrictive measures aimed at slowing the spread of the virus. She has discouraged schools from requiring masks, instead promoting hand-washing as the best way to prevent infections, and railed against an “elite class of so-called experts” whose opinions impact individuals’ liberties.