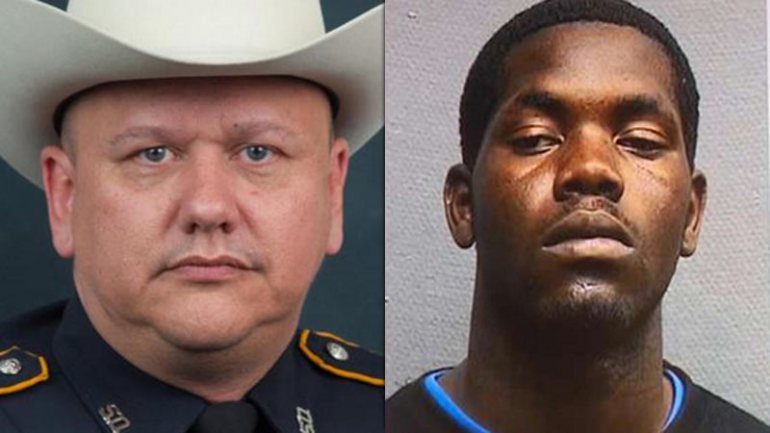 Authorities have charged a 30-year-old man with capital murder, after they say he ambushed a Texas county sheriff’s deputy at a suburban Houston gas station in an attack motivated by “absolute madness.”

Harris County Sheriff Ron Hickman identified the man in a news conference Saturday afternoon as Shannon J. Miles, who is in police custody.

Miles — who has a criminal history that includes convictions for resisting arrest and disorderly conduct with a firearm — was arrested less than 24 hours after authorities said he ambushed Darren Goforth, a 10-year veteran of the Harris County Sheriff’s Office, at a suburban Houston Chevron station.