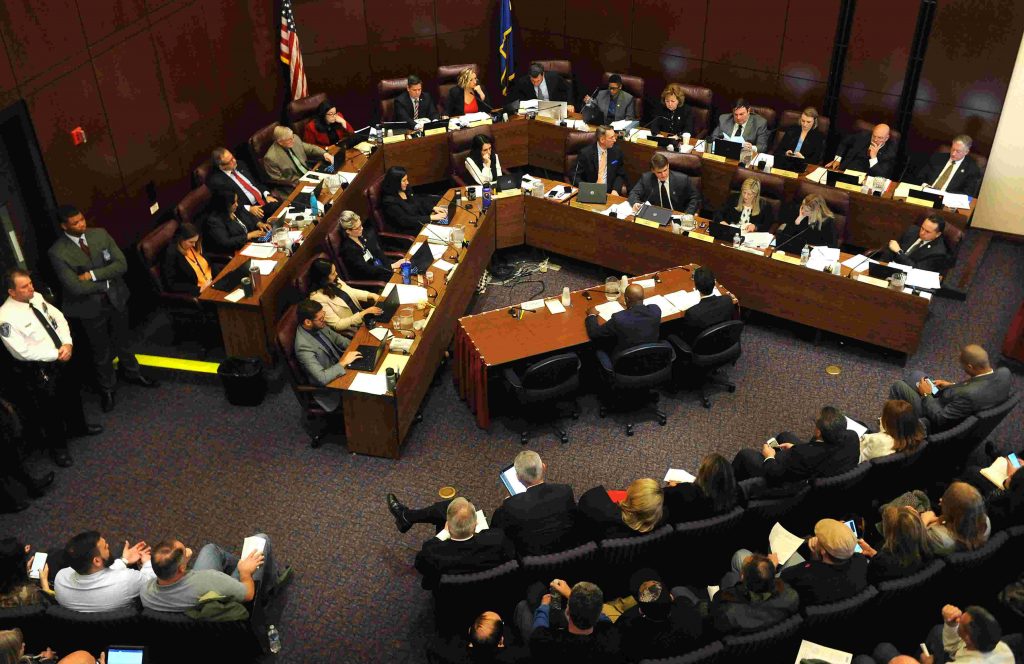 To Democrats, Senate Bill 143 is a long-overdue life saver. To Republicans, it’s little more than a gun grab.

That was the takeaway on Tuesday in Carson City, where several hours of pointed public testimony offered little hope of consensus over the state’s latest attempt to implement Nevada’s long-stalled expansion of gun background checks.

The Democrat-backed bill is meant to amend a controversial 2016 ballot initiative that sought to subject most private-party gun transactions to an FBI-administered vetting process.

The FBI declined to do those checks, prompting a three-year legal battle that eventually saw both then-Attorney General Adam Laxalt and a district court judge declare the measure unenforceable as written.