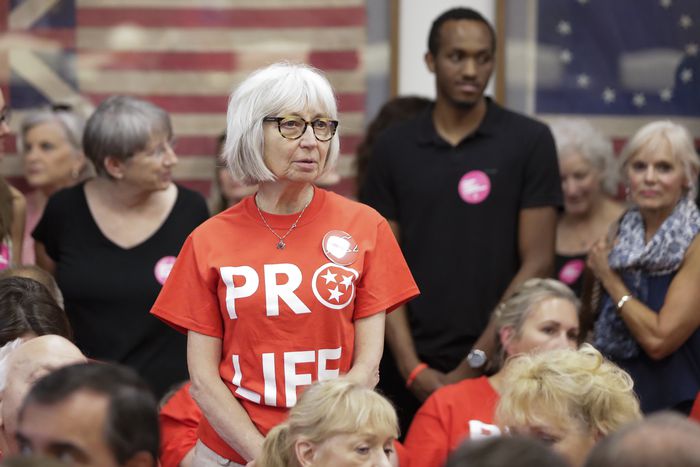 Tennessee’s lawmakers this week will discuss a bill that essentially bans abortion as soon as a woman knows she’s pregnant, which at least one Republican lawmaker hopes could escalate into a Supreme Court challenge

The legislation, Senate Bill 1236, and its counterpart in the House, HB 77, have been stalled during this session, but supporters hope to vote on its passage in January 2020.

States such as Alabama and Georgia have instituted so-called heartbeat laws, named because they restrict abortion after a fetal heartbeat is detected. This can occur as early in a pregnancy as six weeks, before a woman may know she is pregnant. Other states, such as Ohio and Mississippi, have enacted such measures only to have them blocked or challenged in court.

Like those laws, the Tennessee bill is likely unconstitutional. But at least one Republican backer says that’s the point.