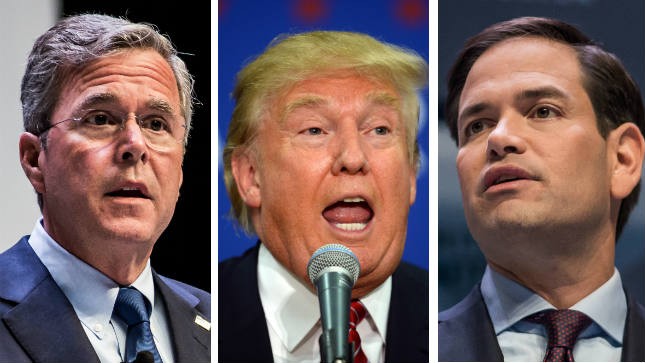 Donald Trump is leading in Florida with 48 percent of the GOP vote, according to a poll released Wednesday.

Since November, Trump has surged about 12 points in Florida, according to the poll. Cruz has gained 6 points.