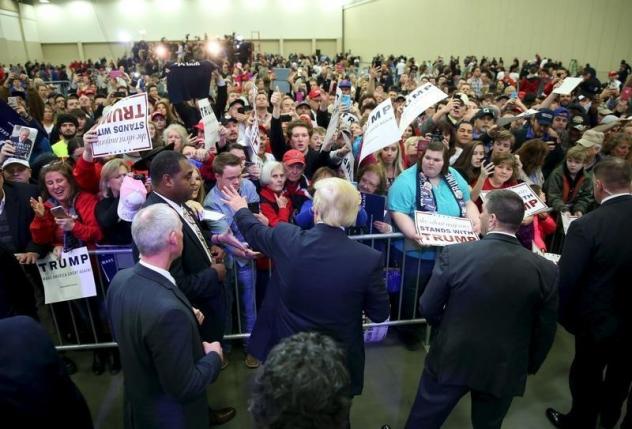 Three people who claim they were assaulted at a Donald Trump rally in Louisville, Kentucky, last month have filed a lawsuit against the Republican presidential candidate, saying he “incited a riot.”

Molly Shah, Kashiya Nwanguma and Henry Brousseau filed the lawsuit on Thursday in Jefferson Circuit Court in Louisville, claiming that Trump’s repeated calls of “get them out” at a rally at the Kentucky International Convention Center on March 1 was intended to direct his supporters to “use unwanted, harmful physical force to remove protesters, including the plaintiffs.”

The lawsuit also names as defendants the Trump campaign and three individuals who the plaintiffs claim assaulted them at the rally.

The three plaintiffs, all Louisville residents, claim they suffered physical injuries, emotional distress and humiliation, and are seeking unspecified damages, according to the lawsuit.