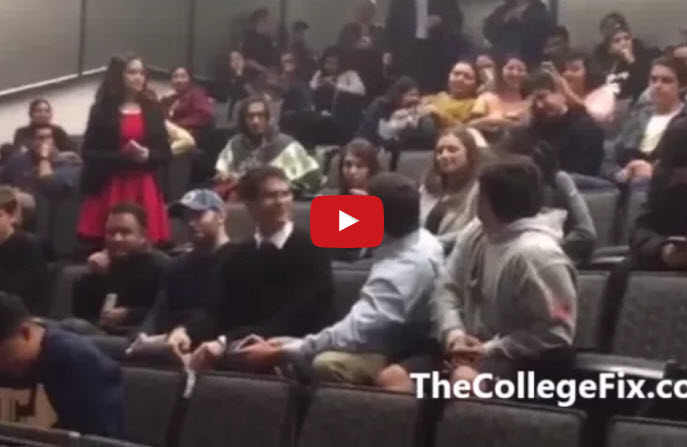 Durden’s lecture focused on the death of her son, who was killed at the hands of an illegal immigrant. She is also a passionate supporter of Donald Trump, due to his strong support for national security and securing the border.

UCLA students, who had a strong reaction to Breitbart Senior Editor Milo Yiannopoulos’ recent visit to campus, crashed Durden’s event by rushing into the auditorium and attempting to shout the speaker down.

Outside of the auditorium, protesters called for a communist revolution and stamped their feet on the American flag.

Protesters chanted about police brutality and institutional oppression: “Is America great today when it wages a genocide against black and brown people? … Its murdering pigs, its murdering police shoot them down without any consequence? Hell no. This whole system is criminal. This event is promoting a racist, fascist, xenophobic agenda. Illegal immigrants are not the real criminals. The criminals are this country and the entire system that feeds on the exploitation and people of the world.”