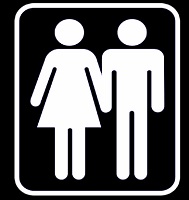 Leaders with the Student Government Association at Youngstown State University said they decided to act quickly this week when posters showed up on campus promoting “Straight Pride” week next month.

The posters contained profanity, which our station has blurred for viewers. The posters promote the event as a way of not showing the differences between students.

Campus leaders said while they believe the posters were meant more as satire, especially since no names were associated with them, they determined the flyers went too far with their message.

“When you are talking about minority activism, it is very easy that if you are in the majority to say ‘well, this sort of activism is not necessary. This sort of zeal in your activism is over the top.’ For minorities who experience discrimination, that is not the case,” Student Government Vice President Jacob Schriner-Biggs said.

After consulting with the Vice President of Student Life, it was decided to take the posters down, not necessarily because of its topic but because of the coarse language.