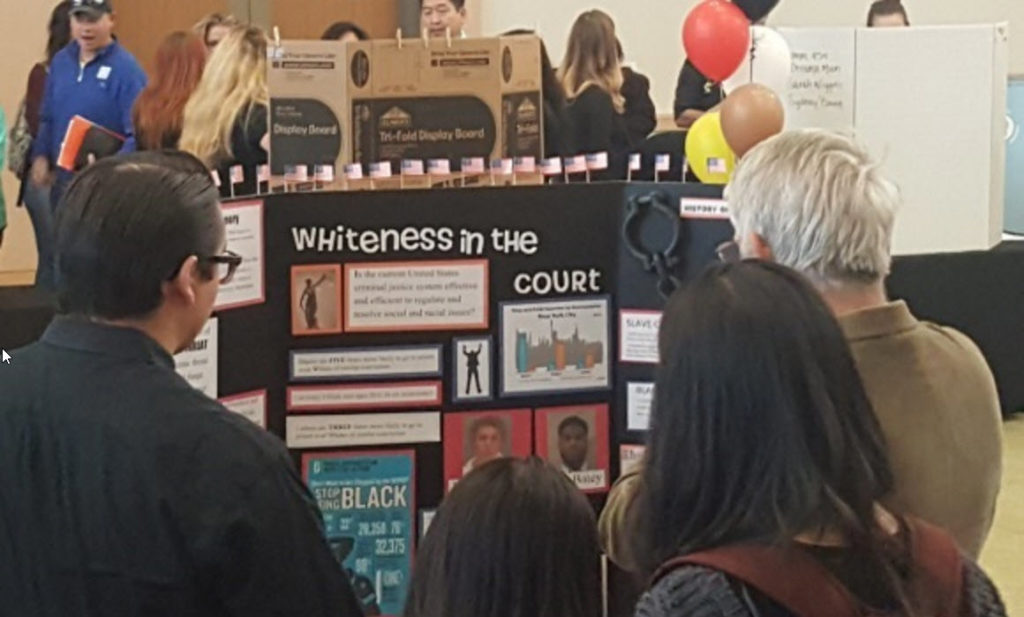 Students at Cal State San Marcos on Thursday hosted a “Whiteness Forum” as part of a communications class they are enrolled in, setting up more than a dozen displays that highlighted what they contend is how white privilege has oppressed people of color in a variety of ways.

A “white beauty standard” display stated “we are studying the white hegemonic ideals of the beauty industry.” Another asked “who does whiteness say that you are,” noting “whiteness studies” is defined as “the study of the system of white dominion in our society with a focus on ideologies of white supremacy as collective, rather than white individuals.”

A “Make America White Again” display included an image of Donald Trump’s baseball hat and argued his campaign has led to a wave of hate crimes.

Other displays: “Gentrification is the new Colonialism,” “Stand up for Standing Rock” and a “Wheel of Whiteness.”