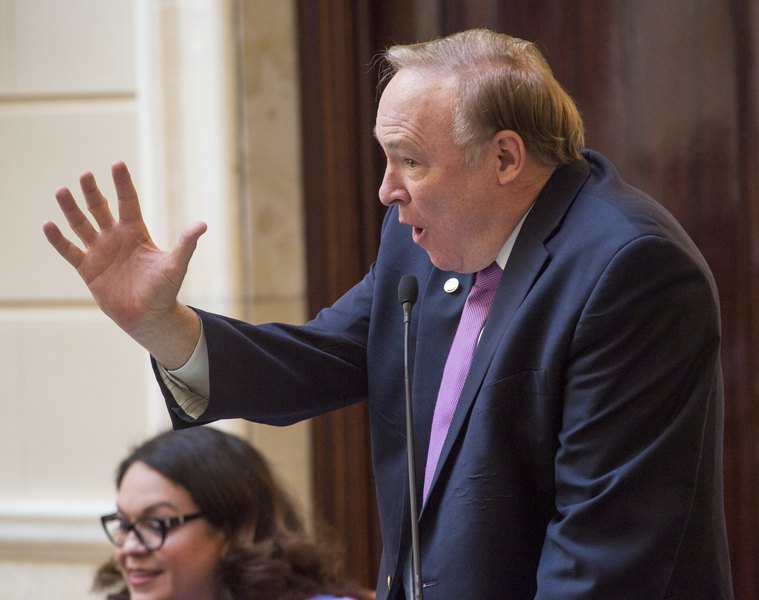 State Sen. Jim Dabakis spent more than a minute wrestling with his childproof pouch of marijuana-infused gummies before it would open and release its scent — tangerine.

Picking one of the gelatin blobs out of the $30 bag, he nibbled it to find the taste was more acrid than fruity. He grimaced into the cellphone camera that was broadcasting the whole thing over Facebook Live.

The idiosyncratic Democrat said he decided to conduct the cannabis sampling experiment during a weekend trip to Nevada, which legalized recreational marijuana last year. His goal: to try the substance before lawmakers gather next month in a special session to decide the future of medical marijuana in the state.

“I thought it was about time that at least one legislator knew a little about marijuana before we changed all the laws,” Dabakis said during the Saturday Facebook Live broadcast outside the NuLeaf dispensary in Las Vegas.