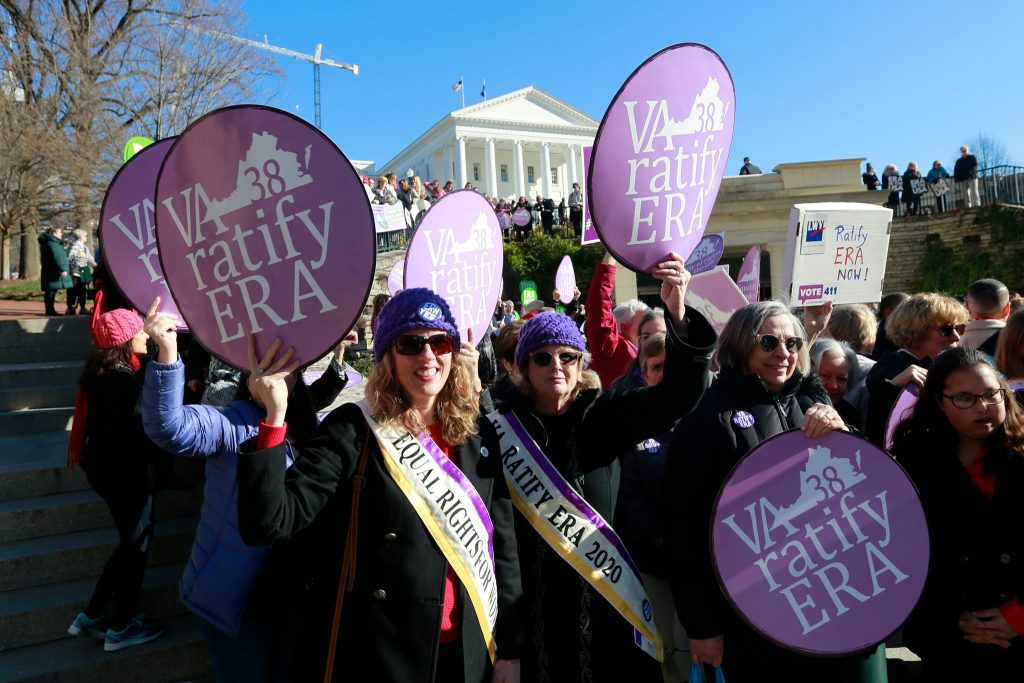 WASHINGTON – Virginia on Wednesday became the 38th – and potentially pivotal – state to pass the Equal Rights Amendment, setting up an expected legal battle over what happens next.

If codified into the Constitution, the change would explicitly declare that women have equal rights under the law. Supporters say it’s a long-needed protection for women who continue to face discrimination in the workplace and struggle against domestic violence and sexual harassment. Opponents argue it’s an unnecessary amendment that could enshrine in the Constitution protections for abortion.

Opponents of the ERA also say that even with Virginia’s passage, the amendment is dead because the timeline for state action has long passed. Supporters say the deadline is subject to challenge.

If approved, the Constitution would state that “equality of rights under the law shall not be denied or abridged by the United States or by any state on account of sex.”