Virginia Gov. Northam’s office says ‘President encourages violence against those who disagree with him’ 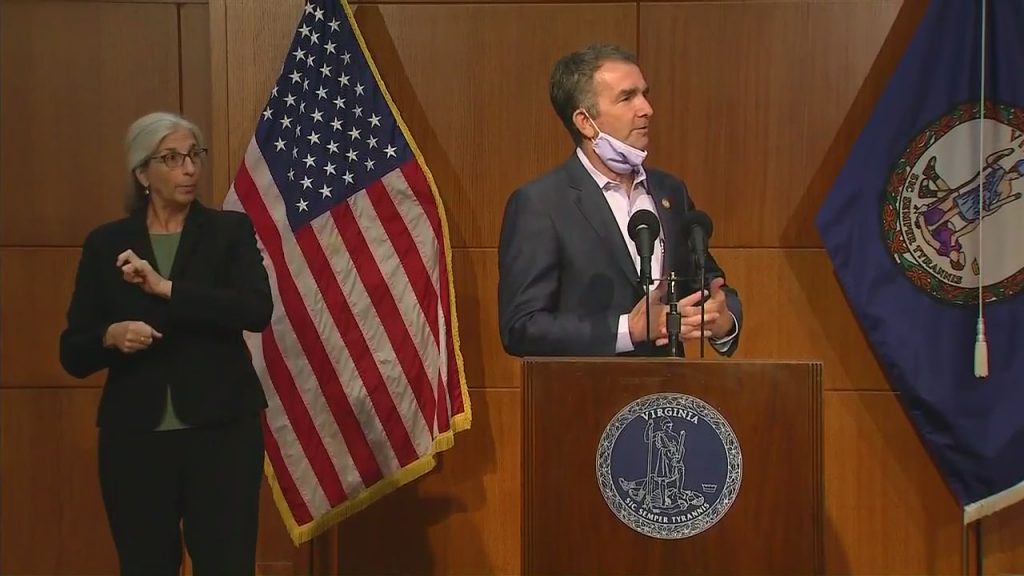 RICHMOND, Va. (FOX 5 DC) – Virginia Governor Ralph Northam on Tuesday indicated that President Donald Trump’s rhetoric may have played a role after his name allegedly surfaced as a potential kidnapping target during a meeting of anti-government groups.

Northam’s name emerged Tuesday during a hearing about an investigation into a plot to kidnap Michigan Governor Gretchen Whitmer. Six men have been arrested in connection with the scheme.

During the hearing, an FBI agent testified that members of anti-government paramilitary groups discussed a similar scheme against Virginia’s Democratic governor.

In a statement, the Virginia Governor’s office said:

Here’s the reality: President Trump called upon his supporters to ‘LIBERATE VIRGINIA’ in April — just like Michigan. In fact, the President regularly encourages violence against those who disagree with him. The rhetoric coming out of this White House has serious and potentially deadly consequences. It must stop.”

The president had also Tweeted, “Liberate Michigan” and “Liberate Minnesota” the same day.

“President Trump has continually condemned white supremacists and all forms of hate. Governor Whitmer, and now Governor Northam, are sowing division by making these outlandish allegations. America stands united against hate and in support of our federal law enforcement who stopped this plot.”

The governor stressed that his family is safe – and that “at no time” were they “in imminent danger.”

Tuesday’s hearing was to review investigators’ evidence against Adam Fox, Ty Garbin, Kaleb Franks, Daniel Harris and Brandon Caserta and to determine if they should be detained before trial.

The men are all from Michigan.

A sixth man, Barry Croft, was being held in Delaware.

The FBI discovered the June 6 meeting in Dublin, Ohio, during an investigation of various anti-government groups, leading to the months-long case in Michigan that relied on confidential sources, undercover agents and clandestine recordings to foil the alleged kidnapping conspiracy.

It was not immediately clear whether talk of targeting Virginia’s Democratic governor went beyond the June meeting, and nothing from a criminal complaint or from Agent Richard Trask’s testimony Tuesday indicated that anyone had been charged with plotting against Northam.

Trask said members of anti-government groups from “four or five” states attended that meeting, and the complaint noted that Croft and Fox were among the roughly 15 people who were there.
Complete statement from the Governor’s office below: