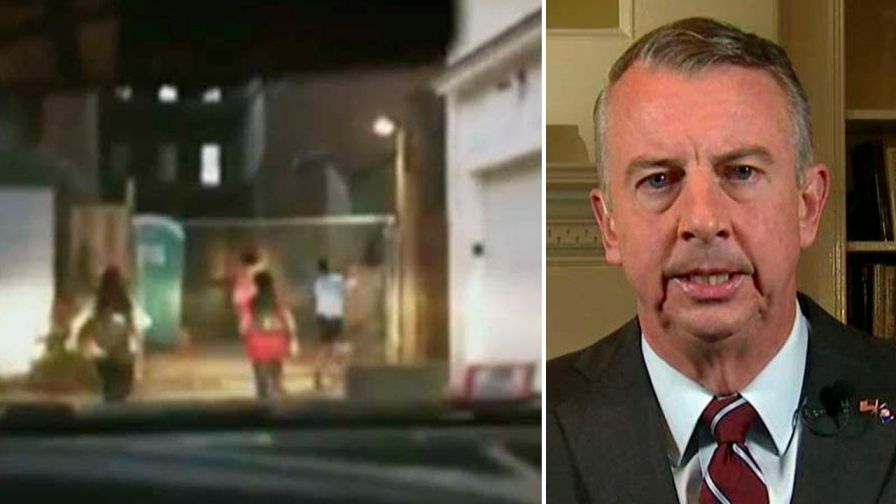 Democratic candidate for Virginia governor Ralph Northam is not distancing himself from the controversial ad suggesting supporters of Republican candidate Ed Gillespie are seen as Confederates who attack minority children.

The new opposition ad titled “American Nightmare” was released Monday by Democratic group Latino Victory Fund (LVF) and is scheduled to run through Election Day. The opposition ad shows minority children seemingly being chased by a driver in a pickup truck, decked out with a Confederate flag, a “Gillespie for governor” bumper sticker and a “Don’t tread on me” license plate.

The driver makes his way toward the scared children who shout, “Run! Run! Run!” when they see the truck. The ad concludes with a scene of a Charlottesville-like rally, with a  narrator asking: “Is this what Donald Trump and Ed Gillespie mean by the ‘American Dream?’”

Northam’s campaign told Fox News Tuesday that the ad was “not shocking” based on Gillespie’s campaign.