Voters in 10 Oregon counties to vote on gun rights ordinance 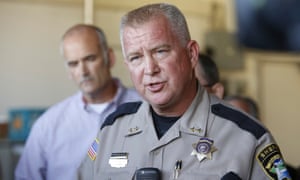 PORTLAND, ORE.–Voters in 10 Oregon counties will decide on Second Amendment Preservation Ordinances this Election Day. The ordinances state that county residents have the right to own semi-automatic weapons and high capacity magazines, and the right to own firearms without any registration requirement.

The ordinances also call on county sheriffs to decide whether state and federal gun laws are constitutional, and prohibit the use of county resources to enforce any laws deemed unconstitutional.

The measures were written and shepherded through the ballot initiative process by the Committee to Protect the Second Amendment, an organization run by Coos County resident Rob Taylor. Members of militia groups like the Oath Keepers and the Three Percenters took lead roles as well.

In Douglas County, Sheriff John Hanlin supports the ordinance before voters there, but says it’s mostly just a message.