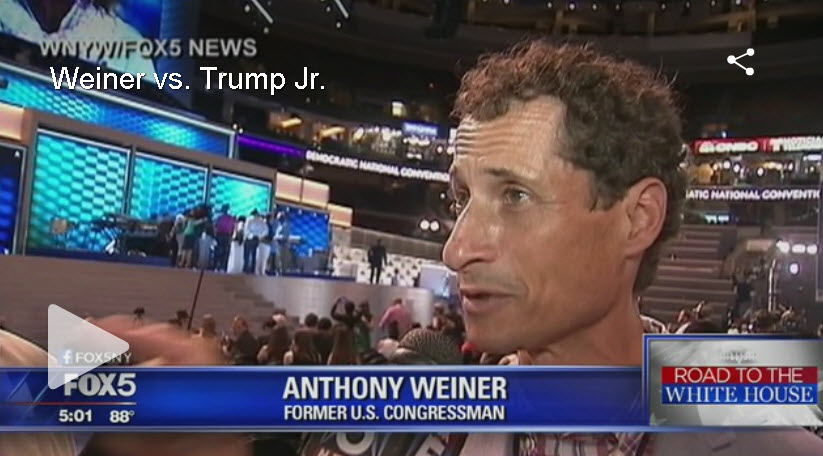 PHILADELPHIA — Former New York Congressman Anthony Weiner says there’s only one thing that could bring him out of retirement: if there’s a Trump on the ticket in the 2017 New York Mayoral race.

In an interview on the floor of the Democratic National Convention, Weiner, who unsuccessfully ran for Mayor in 2012, told FOX 5 that if Donald Trump Jr. were to enter the race, “I would come out of retirement just to beat him like a rented mule and then I’d turn the keys back over to de Blasio.”

When reached for comment about his son’s political prospects, Donald Trump responded saying, “Donald Trump Jr. has no intention of running for mayor of New York, but I was the one who predicted Anthony Weiner would flame out and not be able to run for mayor. People were amazed at how insightful I was.”

Anthony Weiner and Trumps take swipes at each other
As for Donald Trump Jr., he tweeted, “Too soon Anthony!!! You probably shouldn’t be talking about beating anything ever again. Go back to your cave.”