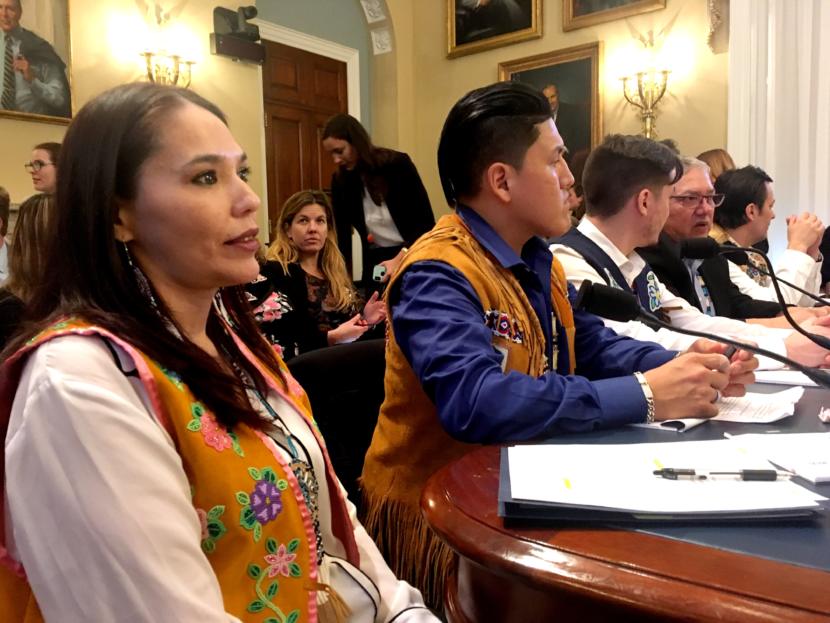 A bill in Congress would reverse the 2017 decision to open the northernmost part of the Arctic National Wildlife Refuge to oil drilling. A hearing about it in the U.S. House of Representatives Tuesday became a debate — sometimes an angry one — over which Alaska Native people should have the ear of Congress.

Congressman Don Young told his colleagues not to listen to some of his constituents: the Gwich’in residents of Interior Alaska, who had come to testify against drilling in the refuge. Young, Alaska’s sole member of the House, instead pointed to the witnesses from the North Slope: the Iñupiat, who favor drilling.

“These are the Alaska Natives directly impacted. Not the Gwich’in,” Young said. “That’s my tribe. My wife was Gwich’in. My daughters are Gwich’in. We have a few Gwich’in that make a living out of this. By promoting something that’s wrong, by saying, ‘We want to take away from their brothers.’ That’s wrong.”

Young was born in California, but his first wife was Gwich’in. Unlike the late Lu Young, most Gwich’in leaders ardently oppose oil development in ANWR. They say it could disrupt the migration and calving of the Porcupine caribou herd that is central to their culture.

Young suggested some of the Gwich’in witnesses have no business talking about the culture.