Wisconsin primary voters on decision to turn out despite coronavirus: ‘You have to be heard’ 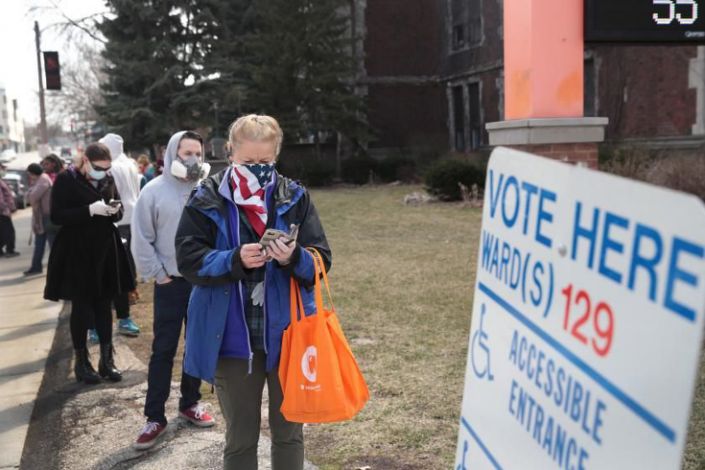 Despite a lack of polling stations, long lines, and the looming presence of the coronavirus pandemic, Wisconsin voters begrudgingly set out for the polls Tuesday after the state decided to go through with its presidential primary and other local elections.

Despite their health and safety concerns, some voters felt it was necessary to go out precisely because Wisconsin was bucking the trend of delaying primaries, which has led to debates about voter suppression. “It feels bad to have to choose between your personal safety and your right to vote,” Dan Bullock, a 40-year-old health care worker who voted Tuesday, told the The New York Times. “But you have to be heard, especially if there’s people who are trying to minimize you.”

Other voters called the decision “irresponsible,” “crazy,” and “difficult to watch,” while some told the Times about people they knew who stayed home because of fears for their own health or because they had to look after younger children who they didn’t want to bring to the stations.

Anecdotal evidence so far seems to indicate the coronavirus will have a large effect on voting in more urban areas. Milwaukee, Wisconsin’s largest city, cut more than 170 polling stations, leaving only five in play, while drive-through voting appeared to aid turn out in rural parts of the state.