2016: Obama’s America has become the hottest political documentary of the year 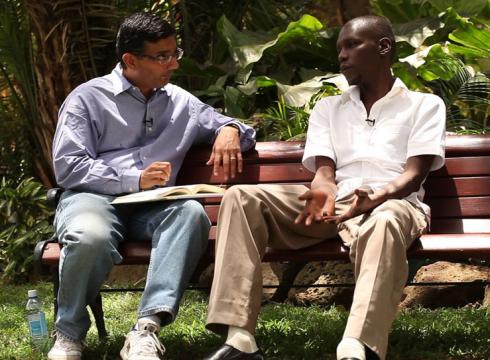 LOS ANGELES â€“ While it hasn’t yet reached the lofty level of 2004’sÂ Fahrenheit 9/11Â at the box office,Â 2016: Obama’s AmericaÂ has become the hottest political documentary of the year.

And it comes from Hollywood’s conservative corner, a spot usually reserved for faith-based movies.

Produced by Dinesh D’Souza, who wrote the book on which the film is based,Â 2016Â cracked the top 10 for the third straight week â€” rare for a documentary, let alone a political one.

But the film’s message â€” that the Obama administration would run amok if re-elected â€” has found a larger audience than analysts expected.

The film opened on one screen â€” a theater in Houston ordered the movie from small production house Rocky Mountain Pictures â€” when it premiered July 13.

Today, it’s playing on more than 2,000 screens and has collected $26.1 million, the sixth-highest-grossing documentary of all time, says Hollywood.com.

That includes some of Moore’s divisiveness. The film has sparked debate among bloggers and critics over whetherÂ 2016Â is a documentary or a political screed.

The movie “is a work of propaganda that offers base innuendo in lieu of argument,” writes Richard Brody ofÂ The New YorkerÂ column TheÂ Front Row. “It’s the kind of personal production that calls into question the very virtue of sincerity.”

Others say the movie â€” and its director â€” will mark a sea change for the industry.

“Republicans often bemoan the fact that they don’t have Hollywood celebrities on their side,” writesÂ Dave BergÂ of the conservativeÂ Washington Times. “But they’ve been handed a gift. Mr. D’Souza is a legitimate rising star â€¦ He’s perfect for anti-Hollywood conservatives.”