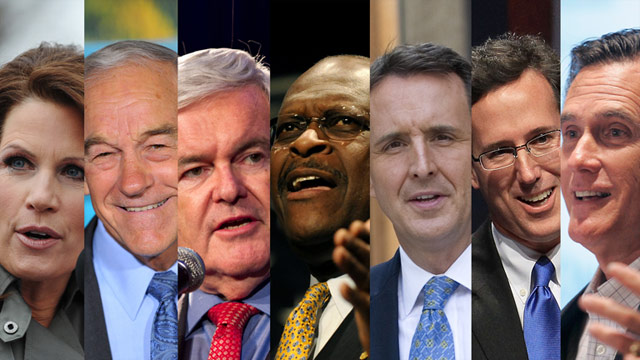 Washington (CNN) — After months of criss-crossing the country and trying to woo potential supporters in early voting states, seven Republicans hoping to capture their party’s presidential nomination will meet this month for the first New Hampshire debate of the 2012 election.

This is the first time that Bachmann, Gingrich and Romney will appear in a 2012 presidential debate. The event is being sponsored by CNN, WMUR and the New Hampshire Union Leader. CNN Chief National Correspondent/Anchor John King will moderate the debate with journalists from WMUR and the Union Leader participating in the questioning.

The debate takes place eight months before the New Hampshire primary, a critical contest on the road to the Republican presidential nomination. The debate will air live from 8 p.m. to 10 p.m. ET in New Hampshire and across the country.