Activists to take on Capitol Hill: Lay off our milk, lemonade 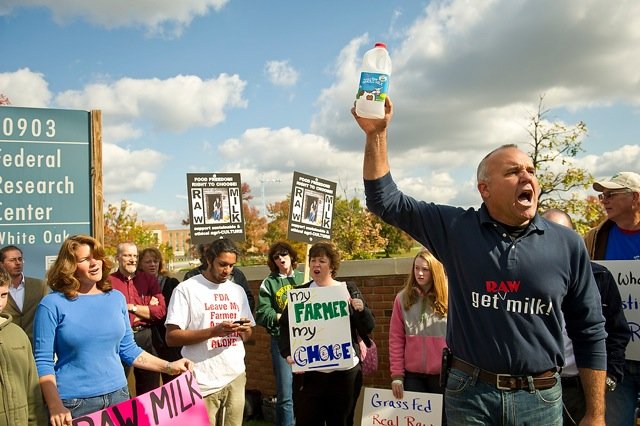 
Milk and lemonade may seem like the staples of youthful innocence, but on Saturday a group of activists hope to turn them into the tools of protests when they take to the Capitol to demand the government stop interfering in sales of fresh milk and stop shutting down kidsâ€™ lemonade stands.

The Raw Milk freedom Riders and Lemonade Freedom Day, two separate groups that each want the government out of their transactions, are unifying their voices, saying that together they can drive home a message that the government should butt out.

â€œThis issue is not just about raw milk and itâ€™s not just about lemonade. Itâ€™s about every individualâ€™s right to consume the food of their choice,â€ said Robert Fernandes, founder of Lemonade Freedom Day.

The food freedom movement has grown dramatically in recent years, spurred by consumers looking for alternatives to supermarkets and big-brand items â€” and has faced pressure from local authorities, in the case of lemonade stands, and from federal authorities in the case of milk.

The Food and Drug Administration has deemed unpasteurized milk harmful and, while it cannot interfere with sales in the 30 or so states that allow them, it can prevent farmers, stores and coops from selling across lines to states where fresh milk is illegal.

In one now-famous 2011 incident, a Food and Drug Administration investigator conducted a sting operation on an Amish farmer in Pennsylvania who sold milk to a coop in Washington and the surrounding suburbs, eventually shutting his operation down.