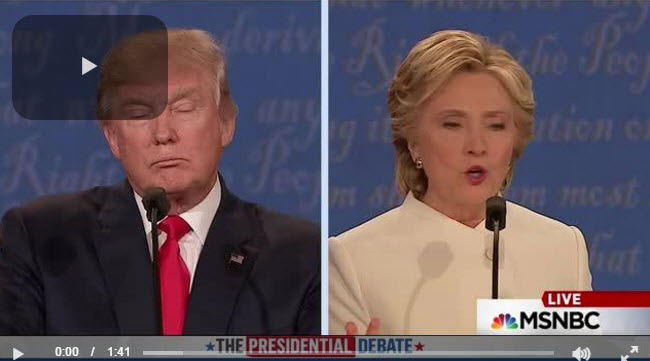 During Wednesday night’s presidential debate, Chris Wallace held Hillary Clinton’s feet to the fire over allegations that the Clinton Foundation engaged in “pay-for-play” behavior when she served as secretary of state.

“There have been a lot of developments over the last ten days since the last debate,” Wallace posed. “I’d like to ask you about them. These are questions that the American people have, Secretary Clinton, during your 2009 Senate confirmation hearing, you promised to avoid even the appearance of a conflict of interest with your dealing with the Clinton Foundation while you were Secretary of State.”